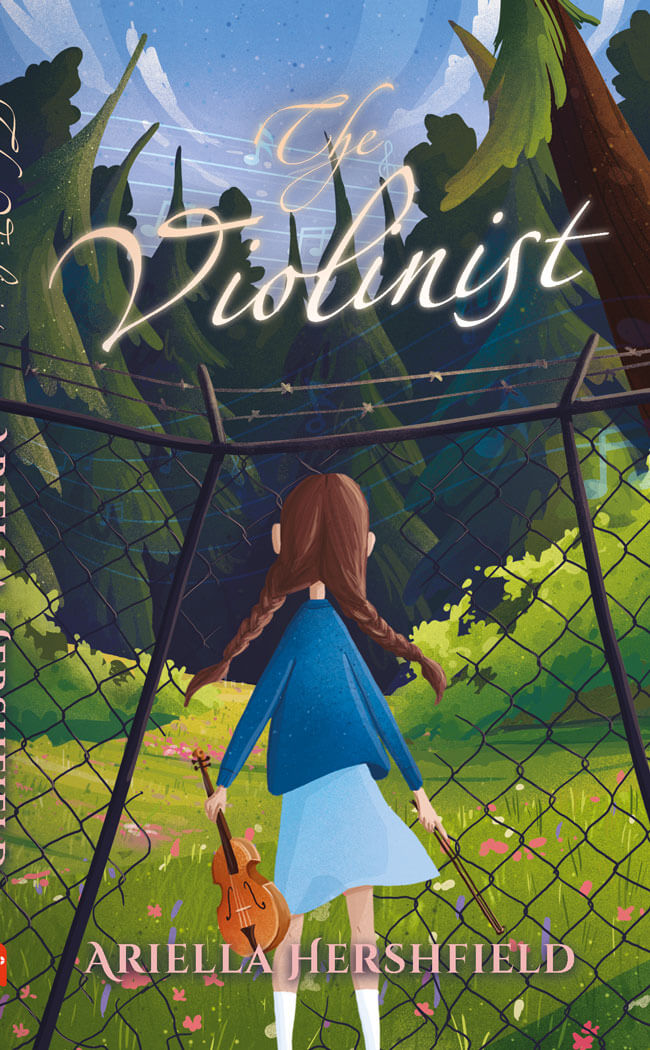 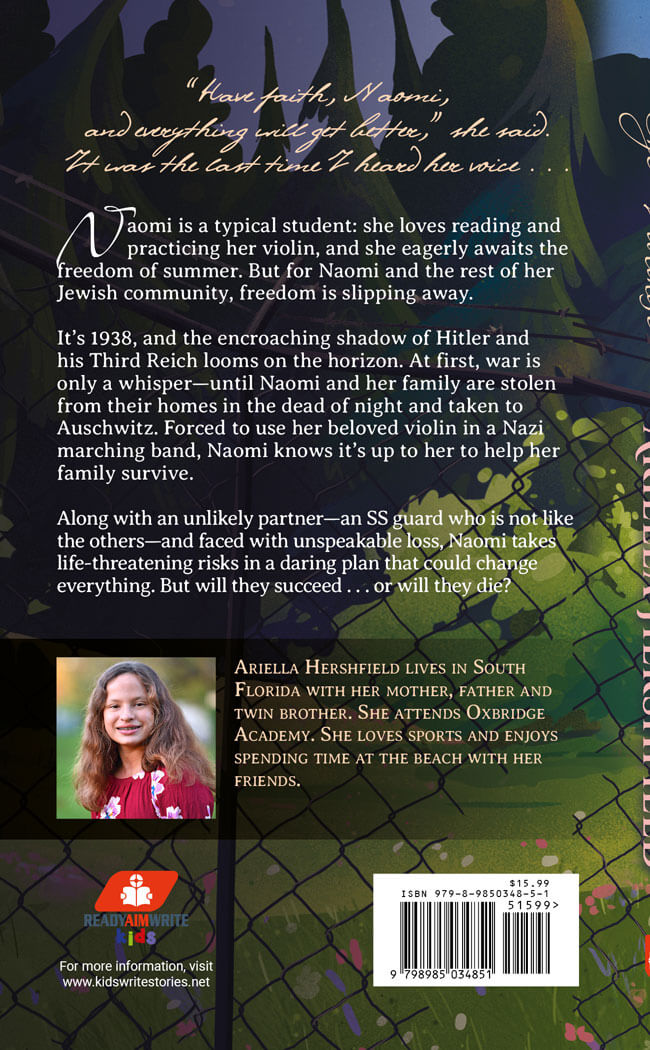 “Have faith, Naomi, and everything will get better,” she said.

Naomi is a typical student: she loves reading and practicing her violin, and she eagerly awaits the freedom of summer. But for Naomi and the rest of her Jewish community, freedom is slipping away.

It’s 1938, and the encroaching shadow of Hitler and his Third Reich looms on the horizon. At first, war is only a whisper—until Naomi and her family are stolen from their homes in the dead of night and taken to Auschwitz. Forced to use her beloved violin in a Nazi marching band, Naomi knows it’s up to her to help her family survive.

Along with an unlikely partner—an SS guard who is not like the others—and faced with unspeakable loss, Naomi takes life-threatening risks in a daring plan that could change everything. But will they succeed . . . or will they die? 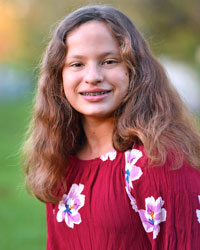 Ariella Hershfield lives in South Florida with her mother, father and twin brother. She attends Oxbridge Academy. She loves sports and enjoys spending time at the beach with her friends.