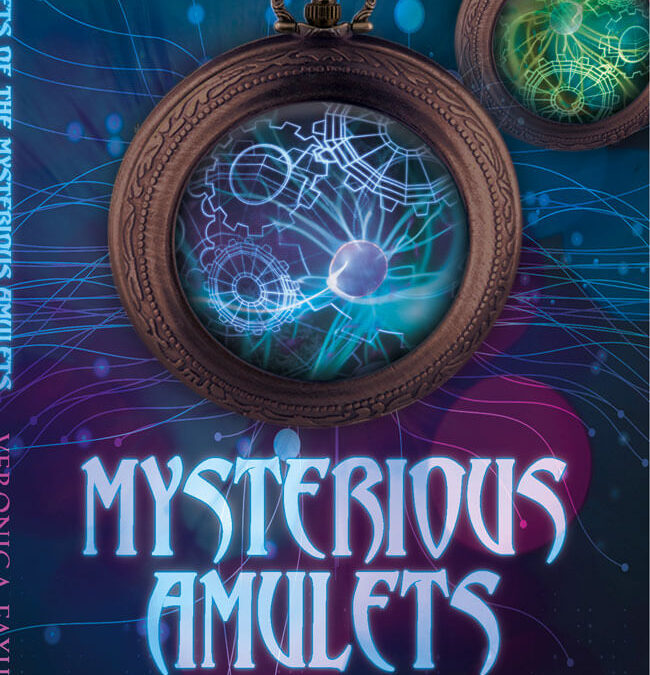 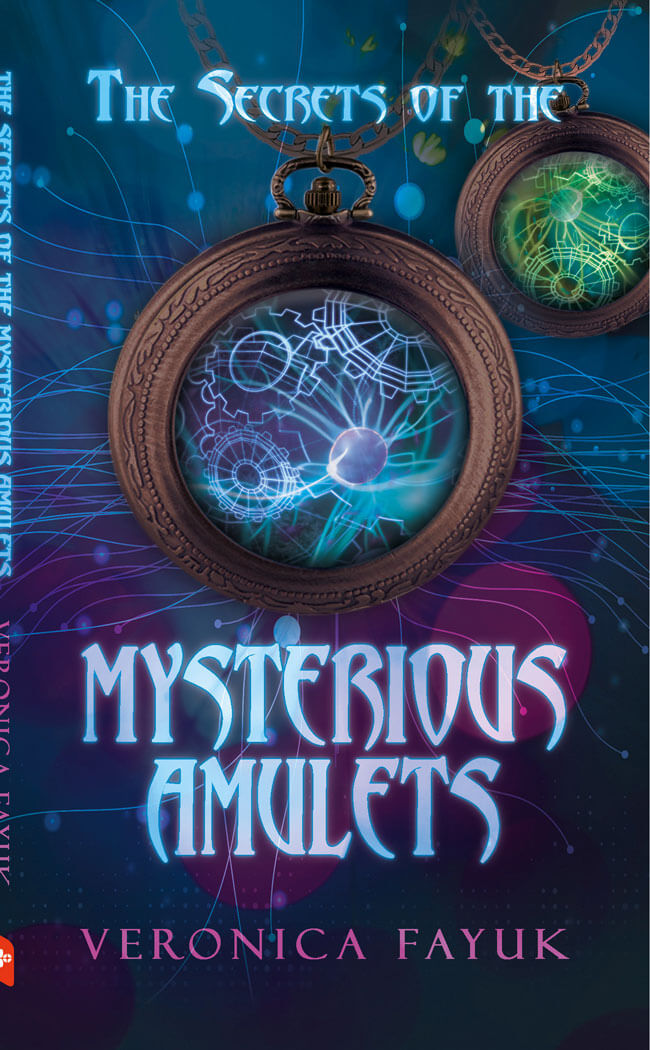 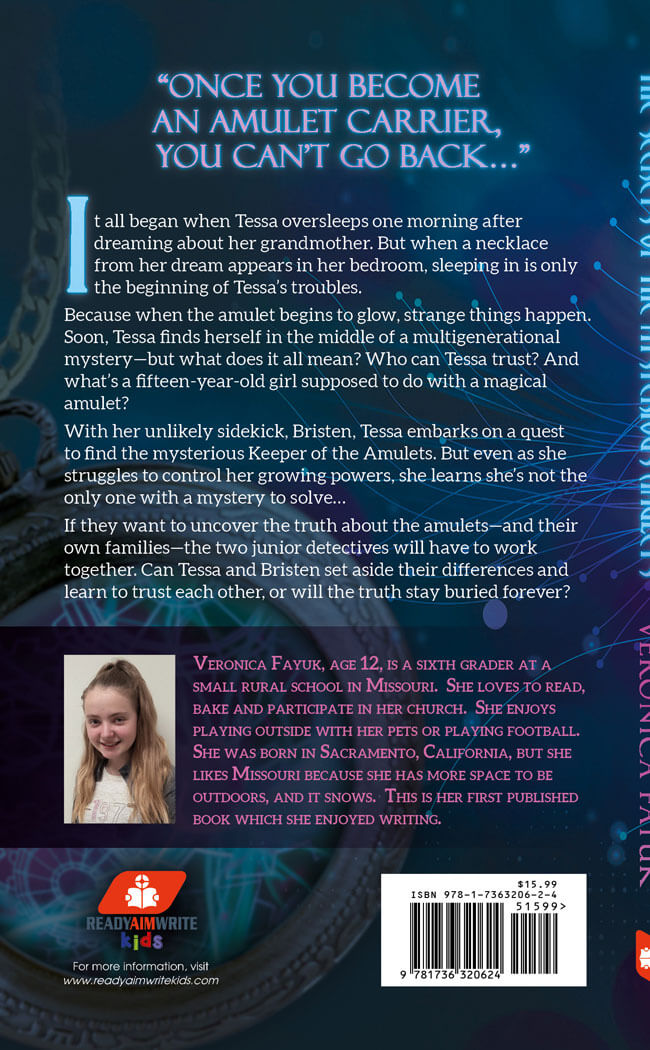 The Secrets of the Mysterious Amulets

“Once you become an amulet carrier, you can’t go back…”

It all began when Tessa oversleeps one morning after dreaming about her grandmother. But when a necklace from her dream appears in her bedroom, sleeping in is only the beginning of Tessa’s troubles.

Because when the amulet begins to glow, strange things happen. Soon, Tessa finds herself in the middle of a multigenerational mystery—but what does it all mean? Who can Tessa trust? And what’s a fifteen-year-old girl supposed to do with a magical amulet?

With her unlikely sidekick, Bristen, Tessa embarks on a quest to find the mysterious Keeper of the Amulets. But even as she struggles to control her growing powers, she learns she’s not the only one with a mystery to solve…

If they want to uncover the truth about the amulets—and their own families—the two junior detectives will have to work together. Can Tessa and Bristen set aside their differences and learn to trust each other, or will the truth stay buried forever? 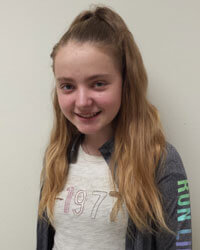 Veronica Fayuk, age 12, is a sixth grader at a small rural school in Missouri.  She loves to read, bake and participate in her church.  She enjoys playing outside with her pets or playing football.  She was born in Sacramento, California, but she likes Missouri because she has more space to be outdoors, and it snows.  This is her first published book which she enjoyed writing.