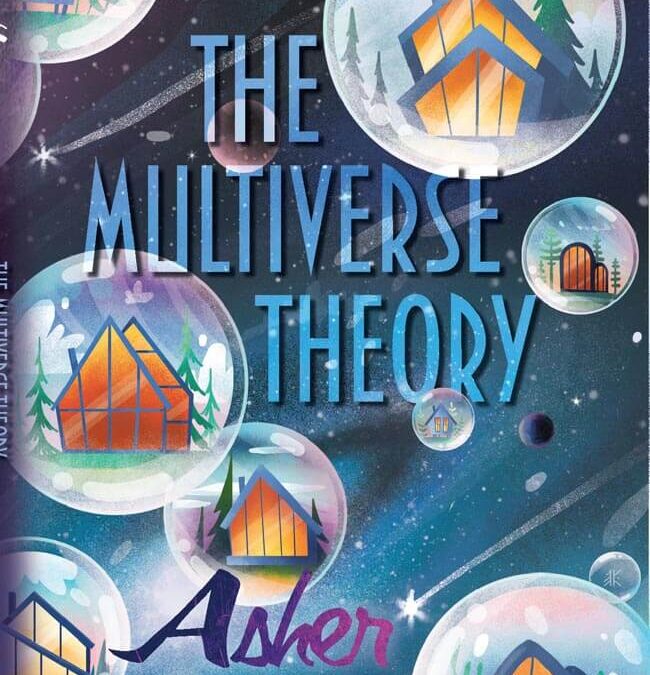 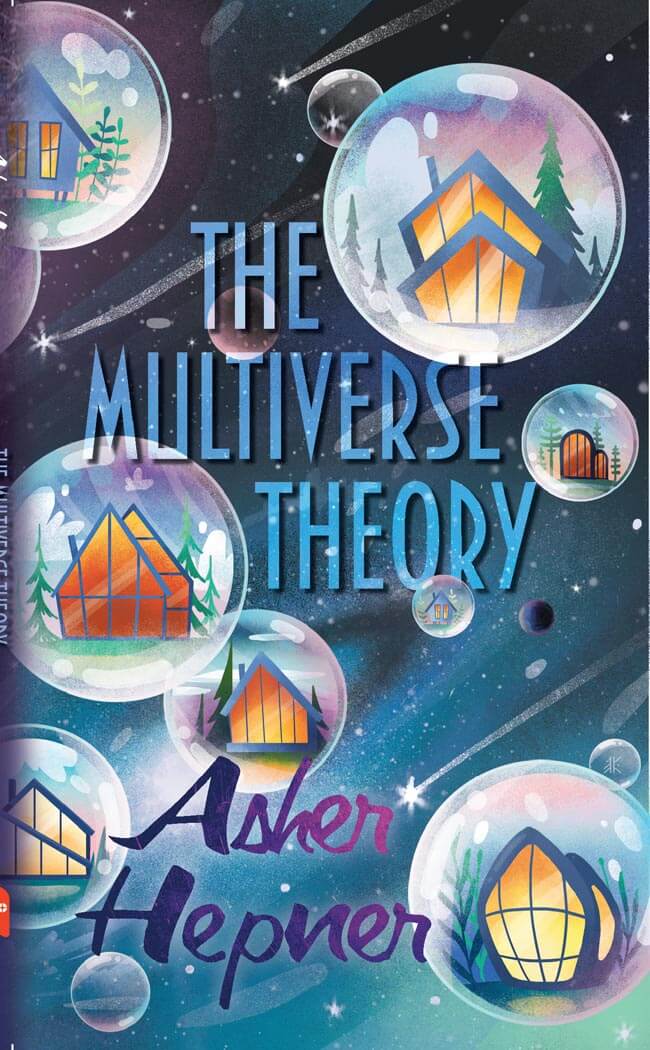 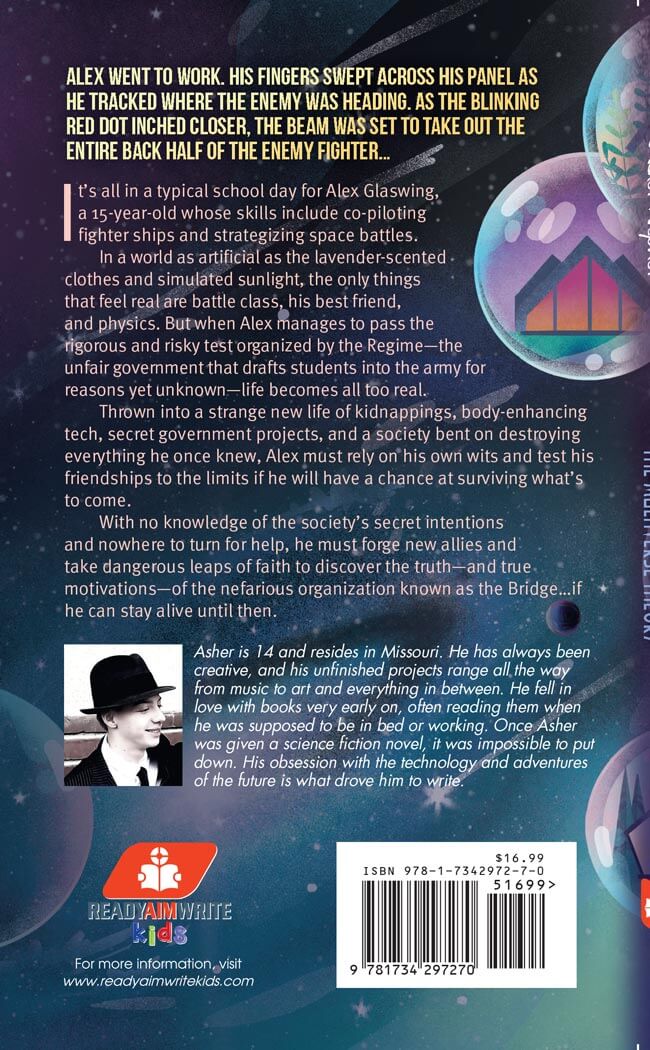 Alex went to work. His fingers swept across his panel as he tracked where the enemy was heading. As the blinking red dot inched closer, the beam was set to take out the entire back half of the enemy fighter…

It’s all in a typical school day for Alex Glaswing, a 15-year-old whose skills include co-piloting fighter ships and strategizing space battles. In a world as artificial as the lavender-scented clothes and simulated sunlight, the only things that feel real are battle class, his best friend, and physics. But when Alex manages to pass the rigorous and risky test organized by the Regime—the unfair government that drafts students into the army for reasons yet unknown—life becomes all too real.

Thrown into a strange new life of kidnappings, body-enhancing tech, secret government projects, and a society bent on destroying everything he once knew, Alex must rely on his own wits and test his friendships to the limits if he will have a chance at surviving what’s to come.

With no knowledge of the society’s secret intentions and nowhere to turn for help, he must forge new allies and take dangerous leaps of faith to discover the truth—and true motivations—of the nefarious organization known as the Bridge…if he can stay alive until then. 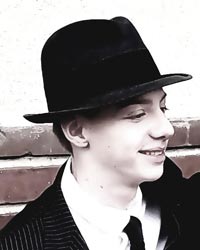 Asher is 14 and resides in Missouri. He has always been creative, and his unfinished projects range all the way from music to art and everything in between. He fell in love with books very early on, often reading them when he was supposed to be in bed or working. Once Asher was given a science fiction novel, it was impossible to put down. His obsession with the technology and adventures of the future is what drove him to write.