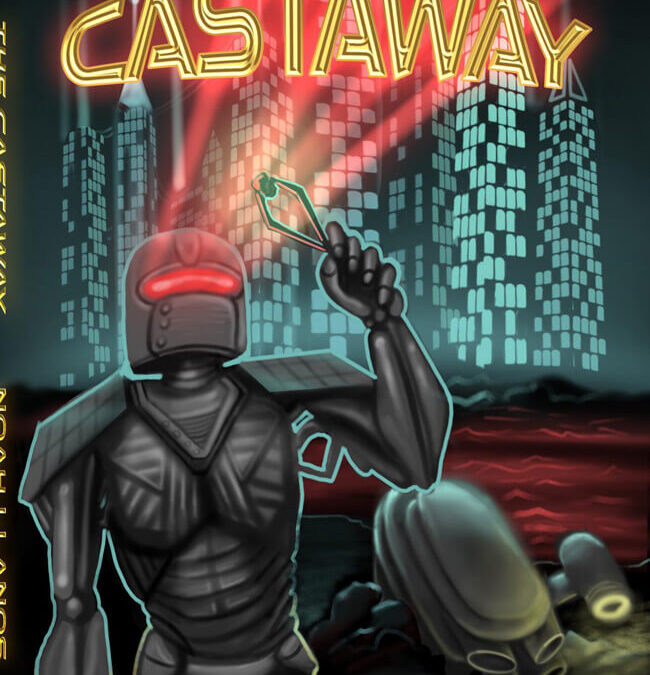 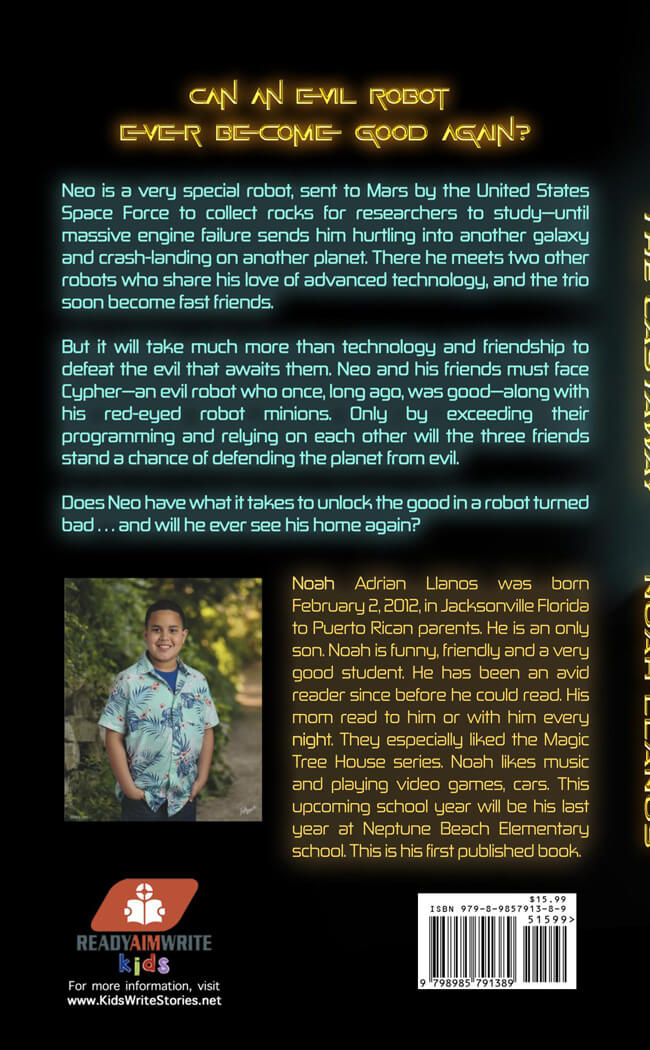 Can an evil robot ever become good again?

Neo is a very special robot, sent to Mars by the United States Space Force to collect rocks for researchers to study—until massive engine failure sends him hurtling into another galaxy and crash-landing on another planet. There he meets two other robots who share his love of advanced technology, and the trio soon become fast friends.

But it will take much more than technology and friendship to defeat the evil that awaits them. Neo and his friends must face Cypher—an evil robot who once, long ago, was good—along with his red-eyed robot minions. Only by exceeding their programming and relying on each other will the three friends stand a chance of defending the planet from evil.

Does Neo have what it takes to unlock the good in a robot turned bad . . . and will he ever see his home again? 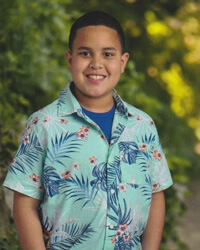 Noah Adrian Llanos was born February 2, 2012, in Jacksonville Florida to Puerto Rican parents. He is an only son. Noah is funny, friendly and a very good student. He has been an avid reader since before he could read. His mom read to him or with him every night. They especially liked the Magic Tree House series. Noah likes music and playing video games, cars. This upcoming school year will be his last year at Neptune Beach Elementary school. This is his first published book.