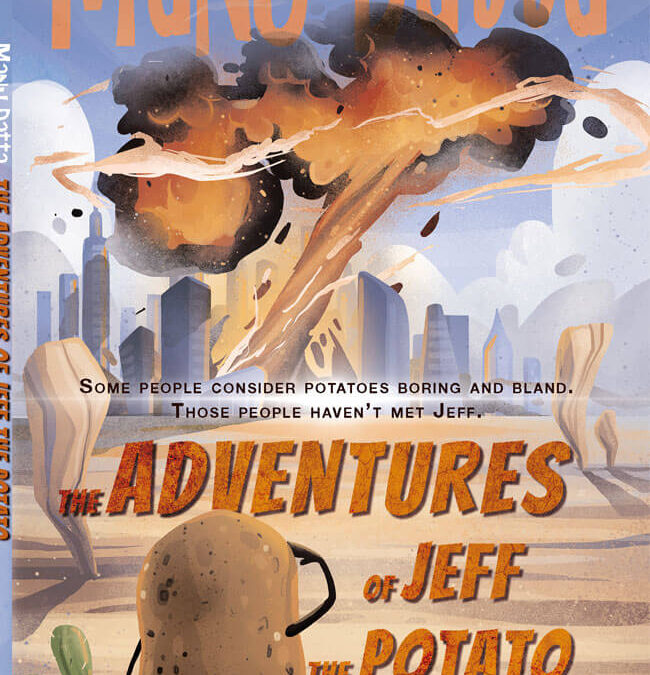 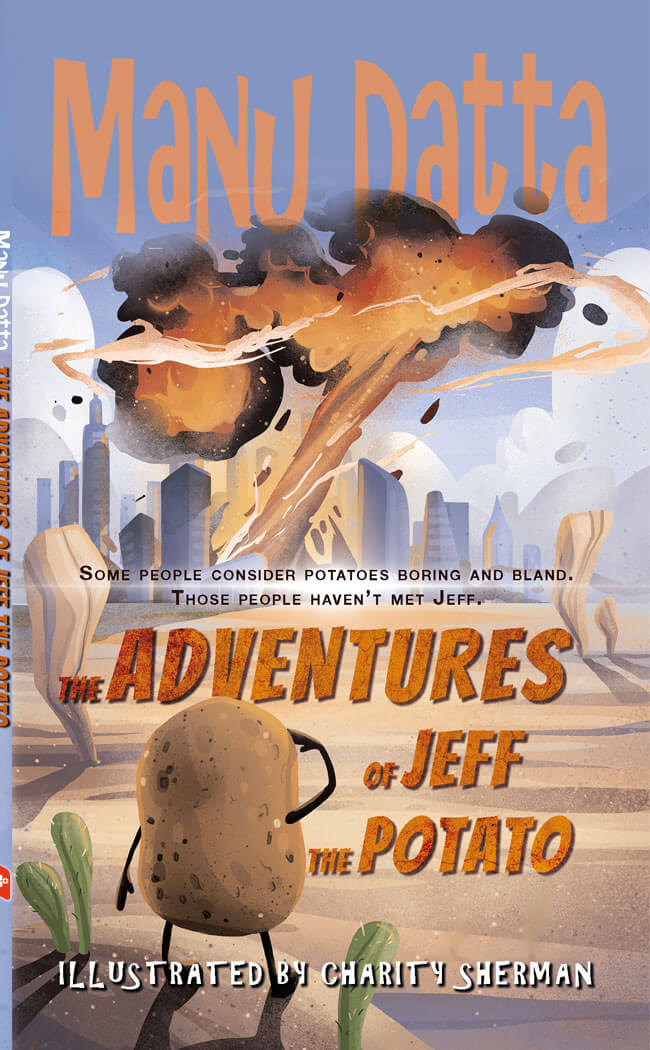 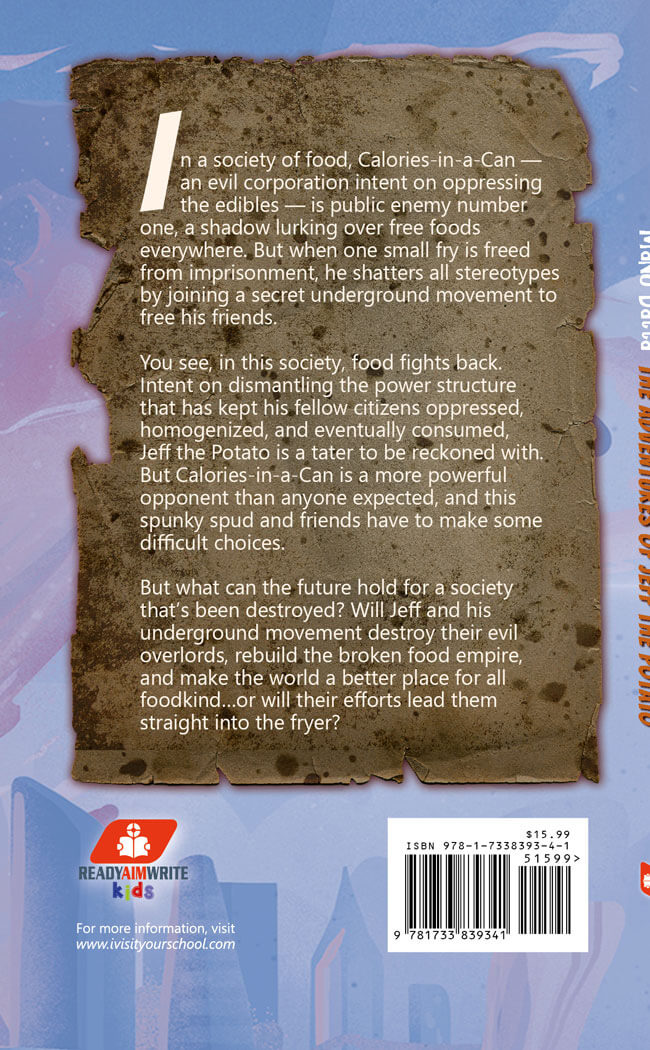 The Adventures of Jeff The Potato

In a society of food, Calories-in-a-Can—an evil corporation intent on oppressing the edibles—is public enemy number one, a shadow lurking over free foods everywhere. But when one small fry is freed from imprisonment, he shatters all stereotypes by joining a secret underground movement to free his friends.

You see, in this society, food fights back. Intent on dismantling the power structure that has kept his fellow citizens oppressed, homogenized, and eventually consumed, Jeff the Potato is a tater to be reckoned with. But Calories-in-a-Can is a more powerful opponent than anyone expected, and this spunky spud and friends must make some difficult choices.

But what can the future hold for a society that’s been destroyed? Will Jeff and his underground movement destroy their evil overlords, rebuild the broken food empire, and make the world a better place for all foodkind…or will their efforts lead them straight into the fryer? 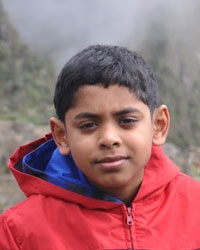 Manu is a 7th grader in New Jersey. He likes to do many things such as bike and play video games. He has previously written a book and wrote this book after winning a competition hosted by ReadyAimWrite Kids, LLC at his school.