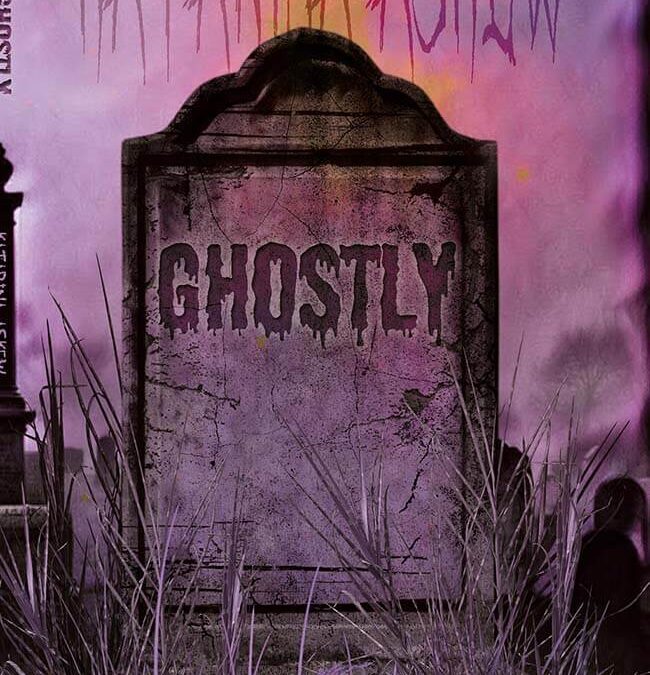 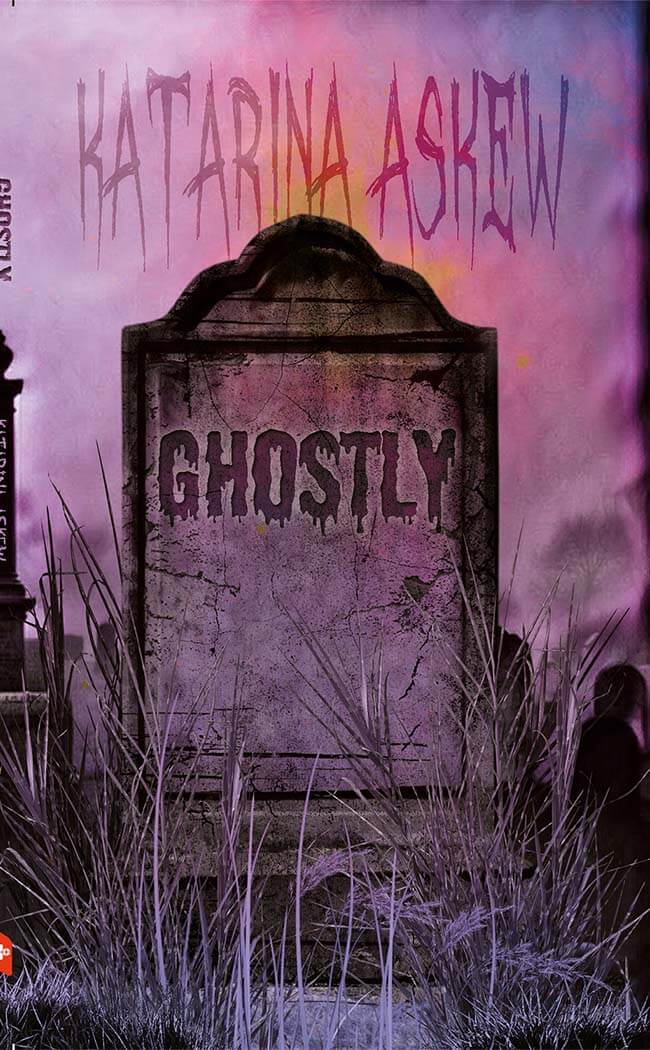 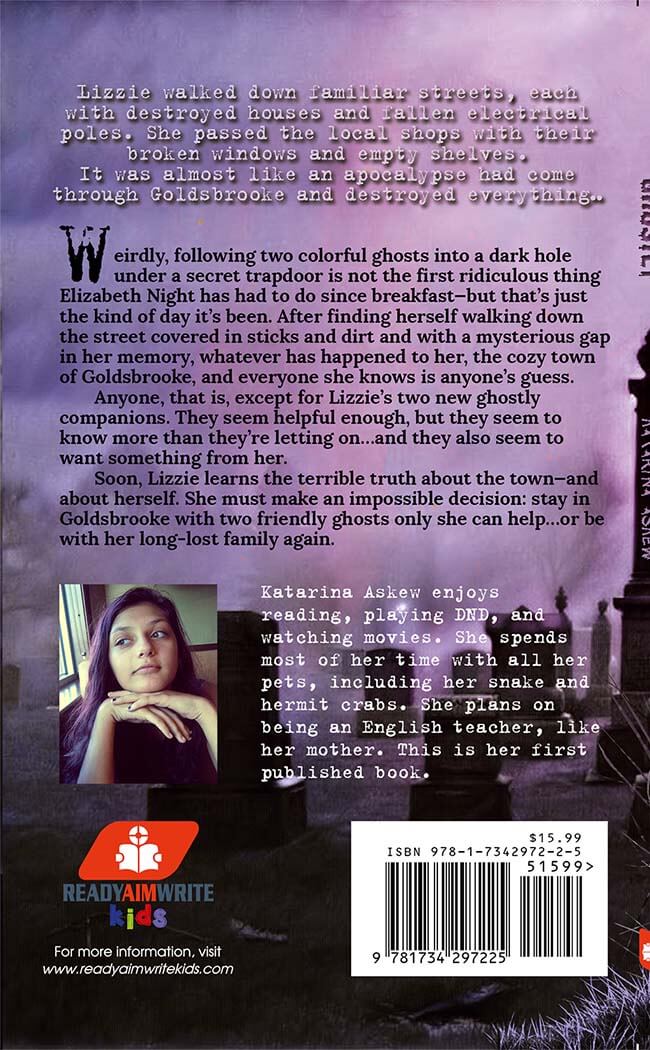 Lizzie walked down familiar streets, each with destroyed houses and fallen electrical poles. She passed the local shops with their broken windows and empty shelves.

Weirdly, following two colorful ghosts into a dark hole under a secret trapdoor is not the first ridiculous thing Elizabeth Night has had to do since breakfast—but that’s just the kind of day it’s been. After finding herself walking down the street covered in sticks and dirt and with a mysterious gap in her memory, whatever has happened to her, the cozy town of Goldsbrooke, and everyone she knows is anyone’s guess.

Anyone, that is, except for Lizzie’s two new ghostly companions. They seem helpful enough, but they seem to know more than they’re letting on…and they also seem to want something from her.

Soon, Lizzie learns the terrible truth about the town—and about herself. She must make an impossible decision: stay in Goldsbrooke with two friendly ghosts only she can help…or be with her long-lost family again. 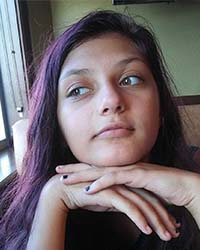 Katarina Askew enjoys reading, playing DND, and watching movies. She spends most of her time with all her pets, including her snake and hermit crabs. She plans on being an English teacher, like her mother. This is her first published book.