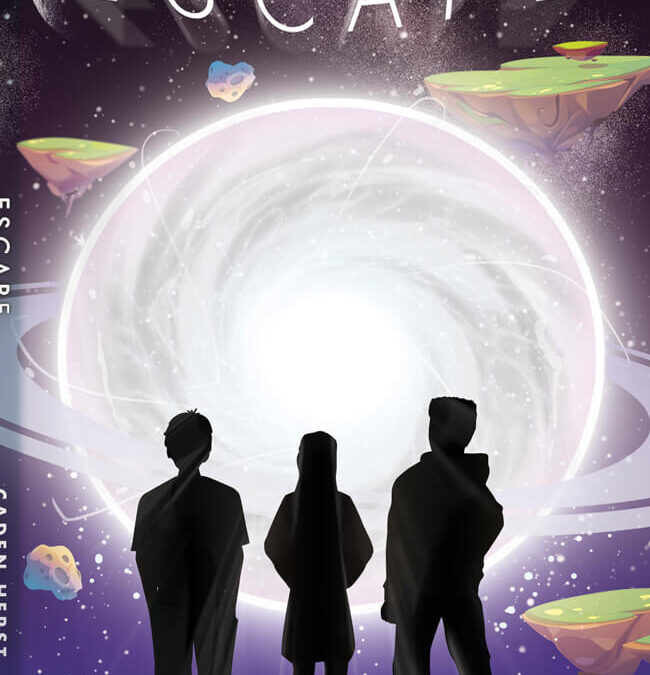 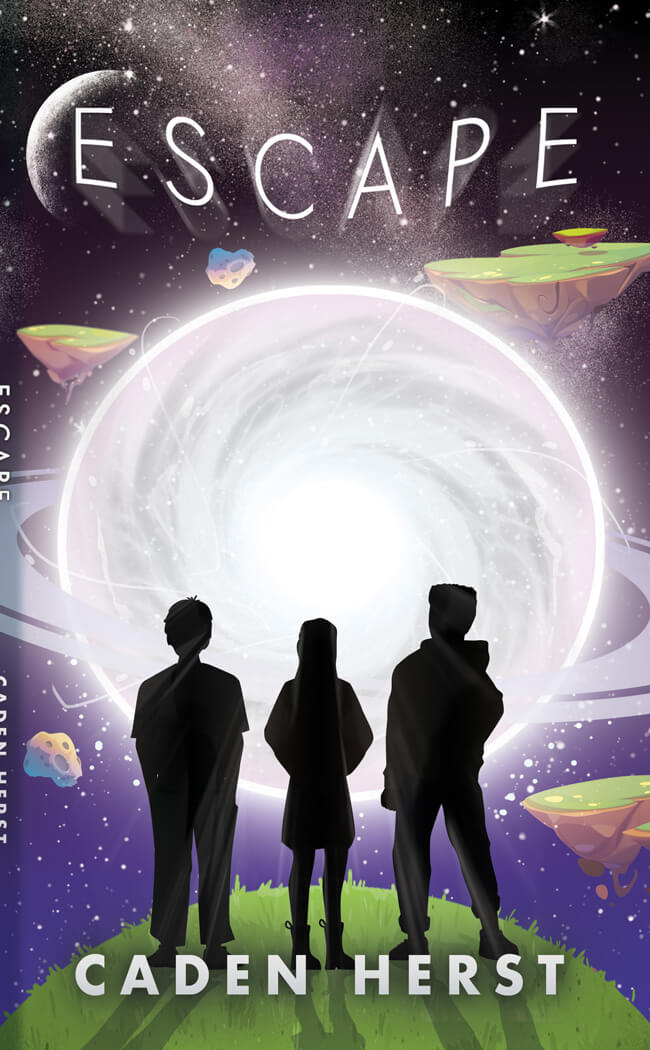 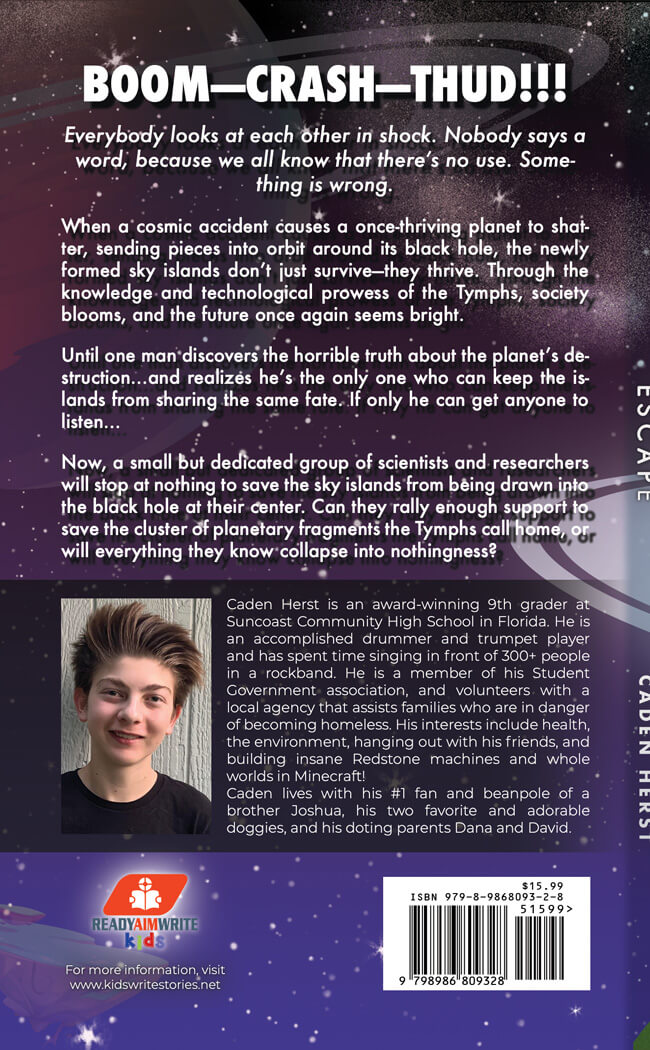 Everybody looks at each other in shock. Nobody says a word, because we all know that there’s no use. Something is wrong.

When a cosmic accident causes a once-thriving planet to shatter, sending pieces into orbit around its black hole, the newly formed sky islands don’t just survive—they thrive. Through the knowledge and technological prowess of the Tymphs, society blooms, and the future once again seems bright.

Until one man discovers the horrible truth about the planet’s destruction…and realizes he’s the only one who can keep the islands from sharing the same fate. If only he can get anyone to listen…

Now, a small but dedicated group of scientists and researchers will stop at nothing to save the sky islands from being drawn into the black hole at their center. Can they rally enough support to save the cluster of planetary fragments the Tymphs call home, or will everything they know collapse into nothingness? 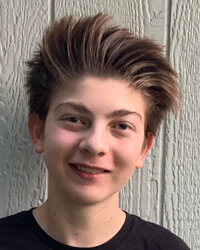 Caden Herst is an award-winning 9th grader at Suncoast Community High School in Florida. He is an accomplished drummer and trumpet player and has spent time singing in front of 300+ people in a rock band. He is a member of his Student Government association, and volunteers with a local agency that assists families who are in danger of becoming homeless. His interests include health, the environment, hanging out with his friends, and building insane Redstone machines and whole worlds in Minecraft! Caden lives with his #1 fan and beanpole of a brother Joshua, his two favorite and adorable doggies, and his doting parents Dana and David.