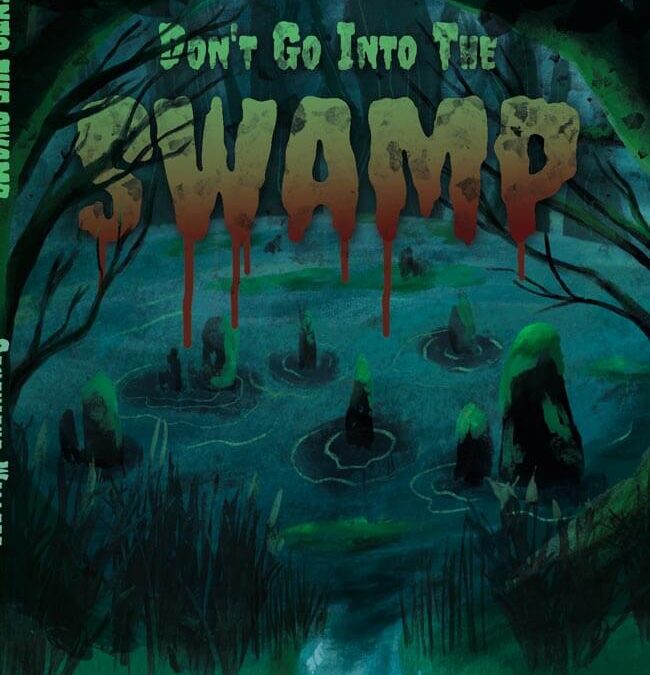 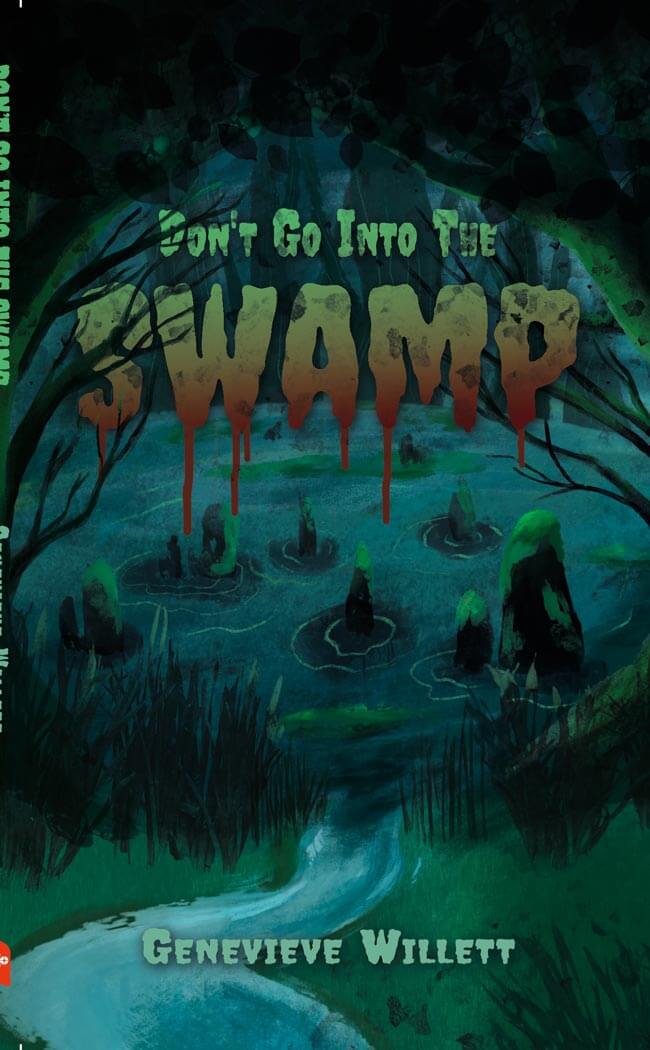 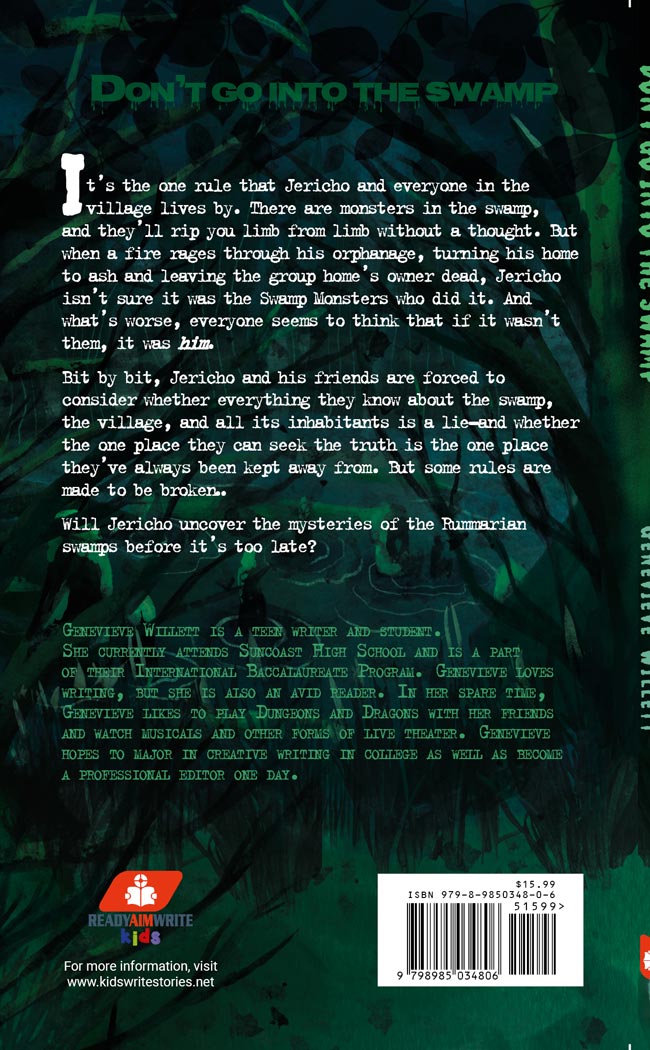 Don’t Go Into The Swamp

Don’t go into the swamp.

It’s the one rule that Jericho and everyone in the village lives by. There are monsters in the swamp, and they’ll rip you limb from limb without a thought. But when a fire rages through his orphanage, turning his home to ash and leaving the group home’s owner dead, Jericho isn’t sure it was the Swamp Monsters who did it. And what’s worse, everyone seems to think that if it wasn’t them, it was him.

Bit by bit, Jericho and his friends are forced to consider whether everything they know about the swamp, the village, and all its inhabitants is a lie—and whether the one place they can seek the truth is the one place they’ve always been kept away from. But some rules are made to be broken…

Will Jericho uncover the mysteries of the Rummarian swamps before it’s too late? 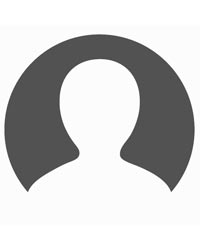 Genevieve Willett is a teen writer and student. She currently attends Suncoast High School and is a part of their International Baccalaureate Program. Genevieve loves writing, but she is also an avid reader. In her spare time, Genevieve likes to play Dungeons and Dragons with her friends and watch musicals and other forms of live theater. Genevieve hopes to major in creative writing in college as well as become a professional editor one day.