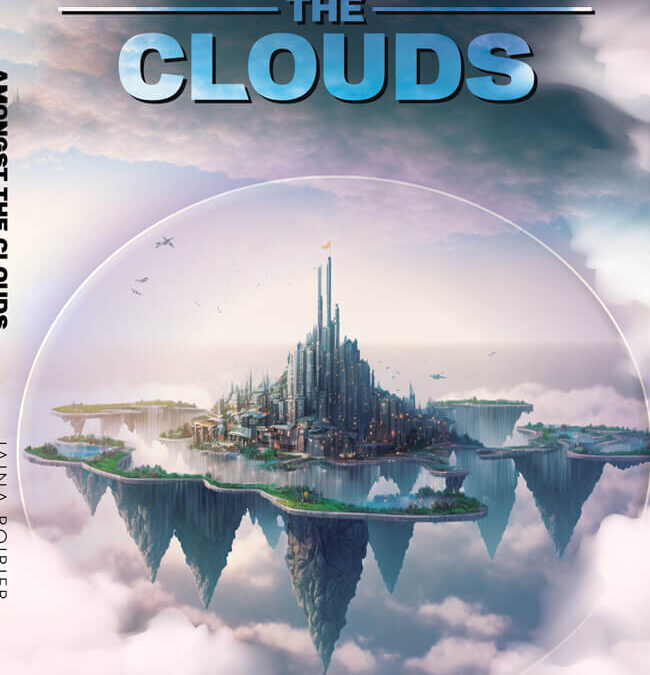 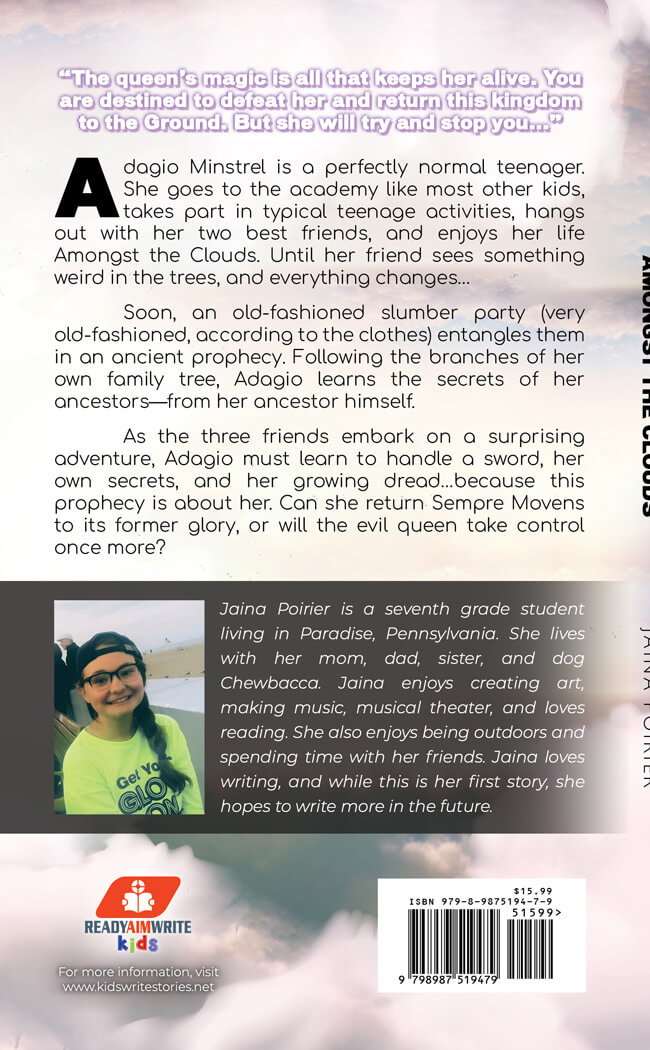 “The queen’s magic is all that keeps her alive. You are destined to defeat her and return this kingdom to the Ground. But she will try and stop you…”

Adagio Minstrel is a perfectly normal teenager. She goes to the academy like most other kids, takes part in typical teenage activities, hangs out with her two best friends, and enjoys her life Amongst the Clouds. Until her friend sees something weird in the trees, and everything changes…

Soon, an old-fashioned slumber party (very old-fashioned, according to the clothes) entangles them in an ancient prophecy. Following the branches of her own family tree, Adagio learns the secrets of her ancestors—from her ancestor himself.

As the three friends embark on a surprising adventure, Adagio must learn to handle a sword, her own secrets, and her growing dread…because this prophecy is about her. Can she return Sempre Movens to its former glory, or will the evil queen take control once more? 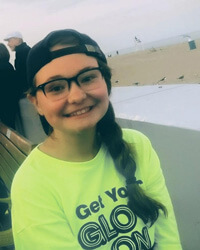 Jaina Poirier is a seventh grade student living in Paradise, Pennsylvania. She lives with her mom, dad, sister, and dog Chewbacca. Jaina enjoys creating art, making music, musical theater, and loves reading. She also enjoys being outdoors and spending time with her friends. Jaina loves writing, and while this is her first story, she hopes to write more in the future.