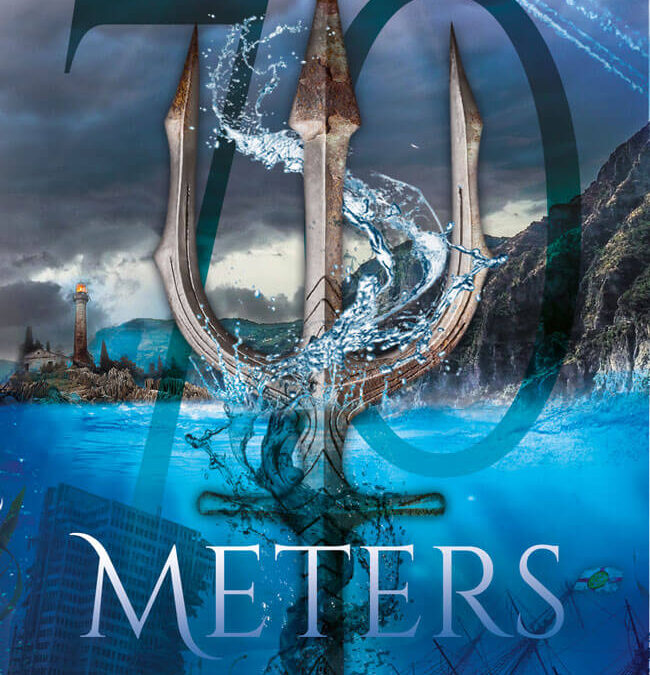 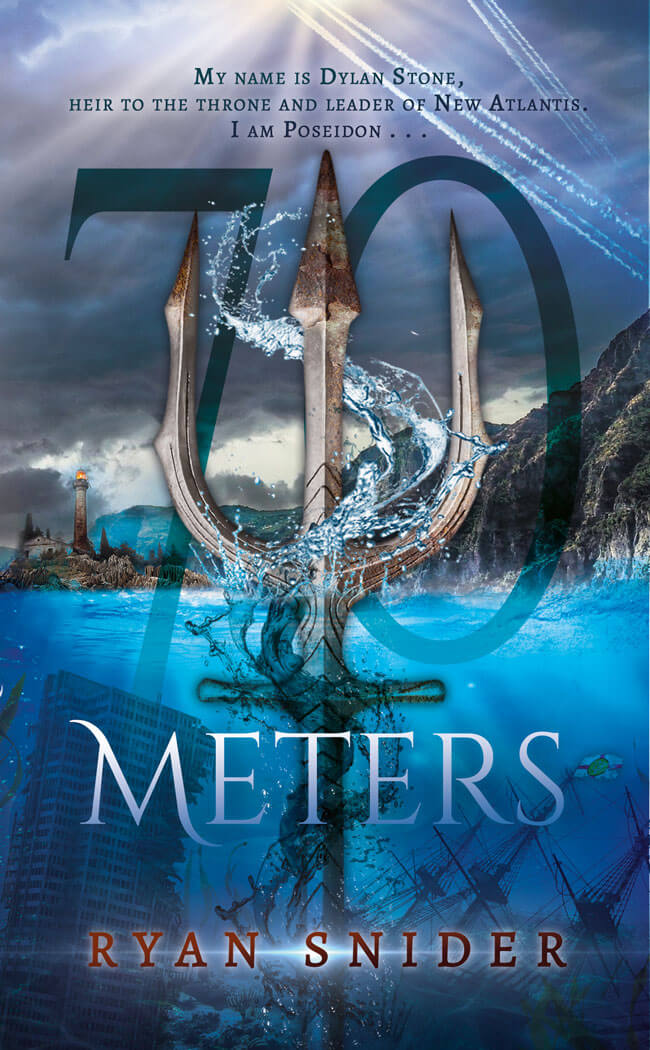 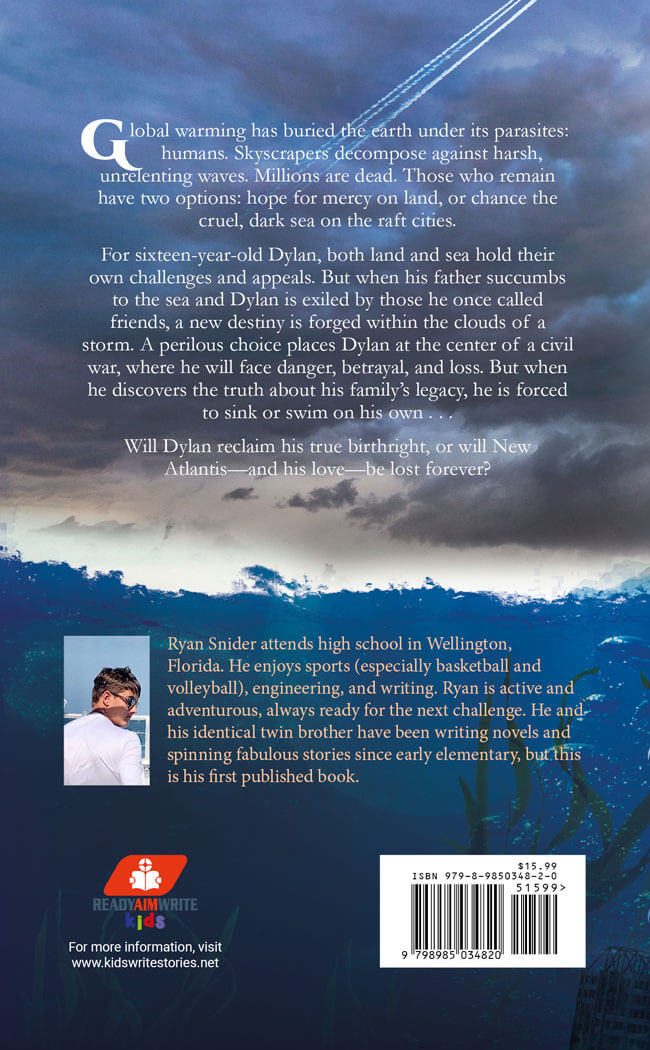 My name is Dylan Stone, heir to the throne and leader of New Atlantis.
I am Poseidon . . .

Global warming has buried the earth under its parasites: humans. Skyscrapers decompose against harsh, unrelenting waves. Millions are dead. Those who remain have two options: hope for mercy on land, or chance the cruel, dark sea on the raft cities.
For sixteen-year-old Dylan, both land and sea hold their own challenges and appeals. But when his father succumbs to the sea and Dylan is exiled by those he once called friends, a new destiny is forged within the clouds of a storm. A perilous choice places Dylan at the center of a civil war, where he will face danger, betrayal, and loss. But when he discovers the truth about his family’s legacy, he is forced to sink or swim on his own . . .
Will Dylan reclaim his true birthright, or will New Atlantis—and his love—be lost forever? 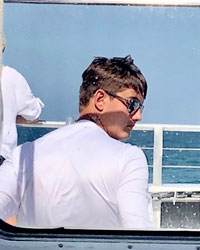 Ryan Snider attends high school in Wellington, Florida. He enjoys sports (especially basketball and volleyball), engineering, and writing. Ryan is active and adventurous, always ready for the next challenge. He and his identical twin brother have been writing novels and spinning fabulous stories since early elementary, but this is his first published book.