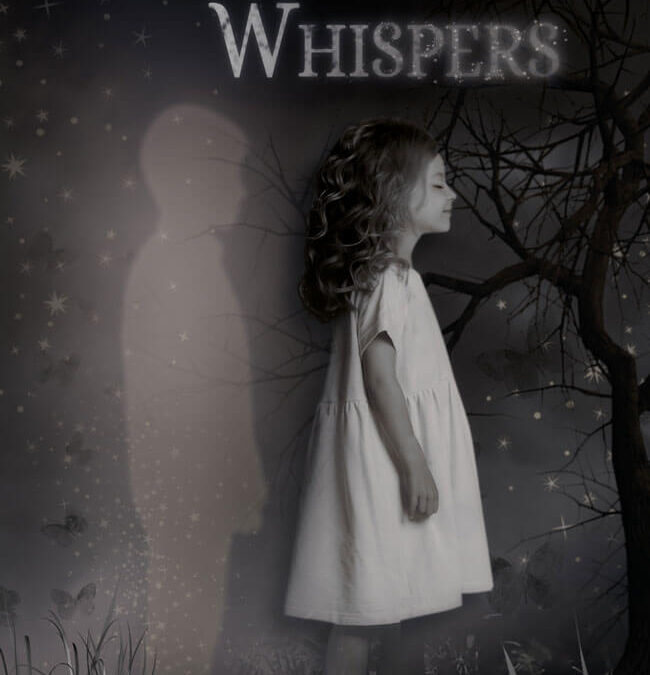 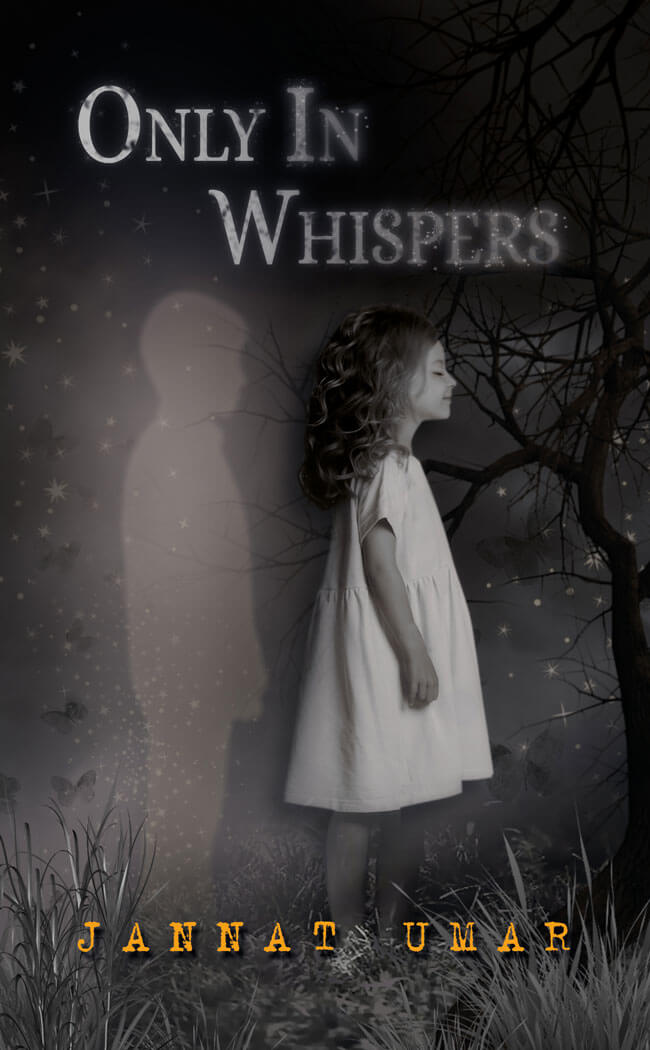 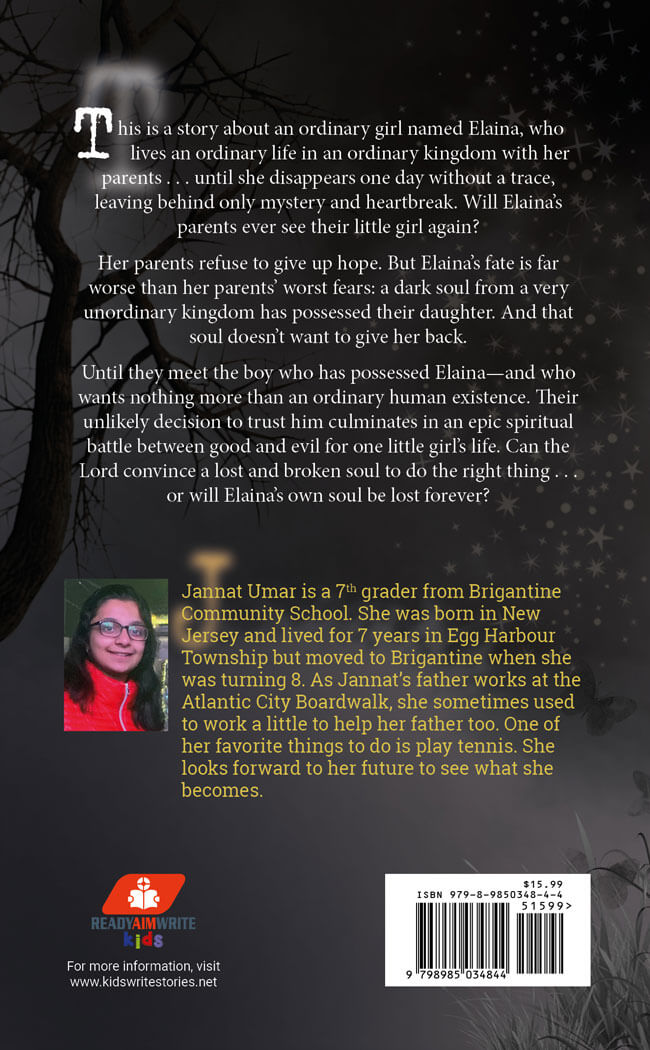 This is a story about an ordinary girl named Elaina, who lives an ordinary life in an ordinary kingdom with her parents . . . until she disappears one day without a trace, leaving behind only mystery and heartbreak. Will Elaina’s parents ever see their little girl again?

Her parents refuse to give up hope. But Elaina’s fate is far worse than her parents’ worst fears: a dark soul from a very unordinary kingdom has possessed their daughter. And that soul doesn’t want to give her back.

Until they meet the boy who has possessed Elaina—and who wants nothing more than an ordinary human existence. Their unlikely decision to trust him culminates in an epic spiritual battle between good and evil for one little girl’s life. Can the Lord convince a lost and broken soul to do the right thing . . . or will Elaina’s own soul be lost forever? 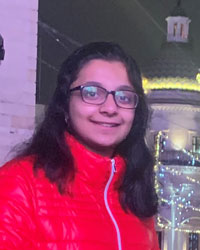 Jannat Umar is a 7th grader from Brigantine Community School, She was born in New Jersey and lived for 7 years in Egg Harbour Township but moved to Brigantine when she was turning 8. As Jannat's father works at the Atlantic City Boardwalk, she sometimes used to work a little to help her father too. One of her favorite things to do is play tennis. She looks forward to her future to see what she becomes.